Global warming, from man-made carbon dioxide emissions, dates back to the Industrial Revolution. Each one of us now faces this unprecedented challenge. To avoid the worst catastrophes of climate change we need to keep average global temperature increases to below 2oC compared with pre-industrial times. On 12 December 2015, nearly 200 countries signed the milestone Paris Agreement, which set out commitments to address climate change after 2020. All countries agreed that the goal should be to limit the average global temperature increase to below 1.5oC and that all countries should aim to peak greenhouse gas emissions and bring emissions to zero in the second half of this century. This means that the next two decades are crucial in terms of all countries adopting green and low-carbon development and systematically transforming their energy structure to clean energy.

China is the world’s biggest greenhouse gas emitter, but it also leads in energy conservation and new energy usage. China has been actively responding to the challenges of climate change and has encouraged green and low-carbon development. China’s document to the United Nations Framework Convention on Climate Change, Enhanced Actions on Climate Change: China’s Intended Nationally Determined Contributions (INDC) outlined its pledge to peak carbon dioxide emissions before 2030, and to raise the proportion of non-fossil fuel energy to 20%. China also reached a series of bilateral agreements with the US, the EU, India, UK and France on climate change. China has also been promoting South-South cooperation to address climate change. China is now viewed as the key driver of the Paris Agreement.

Whether in China or elsewhere in the world, green and low-carbon development will face significant challenges in the future. Success depends on transforming the path of economic development, uniting and committing the whole business community, and obtaining large investments into clean energy and participation from all stakeholders.

iGDP has been studying the INDCs of major countries, China’s sustainable development of its energy resources, and its green and low-carbon transformation. We at iGDP promote interdisciplinary exchanges as we combine all kinds of policy, technological, economic, and social approaches, as well as the use of innovative analytical tools in our research. iGDP believes that vision leads to action, and that implementation drives ambition.

LOGIC provides a system to track progress, a database to evaluate performance, and an analytical tool to help cities identify improved solutions for low carbon and clean energy development, and early carbon peaking. 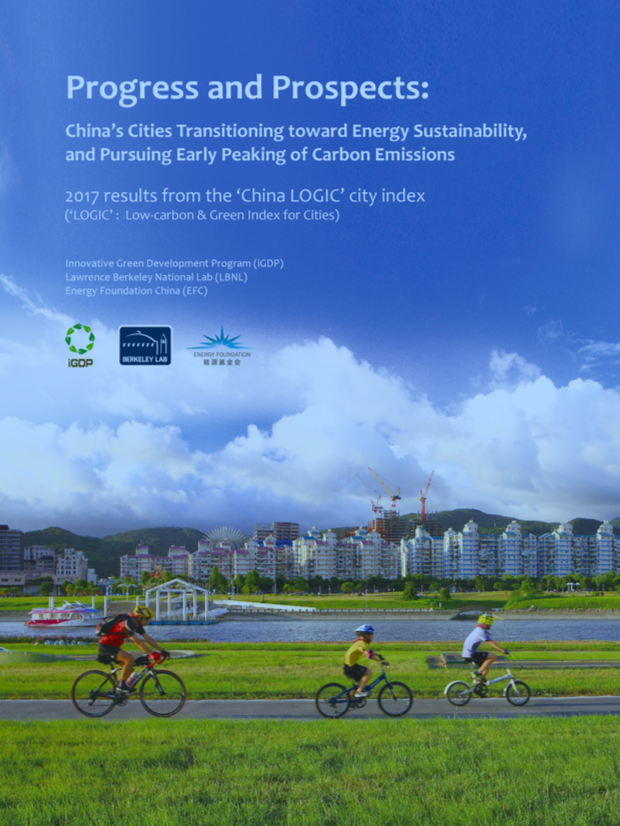 Using a table format, this factsheet provides an overview of the policies and other actions that China’s low carbon pilot cities have taken to date. 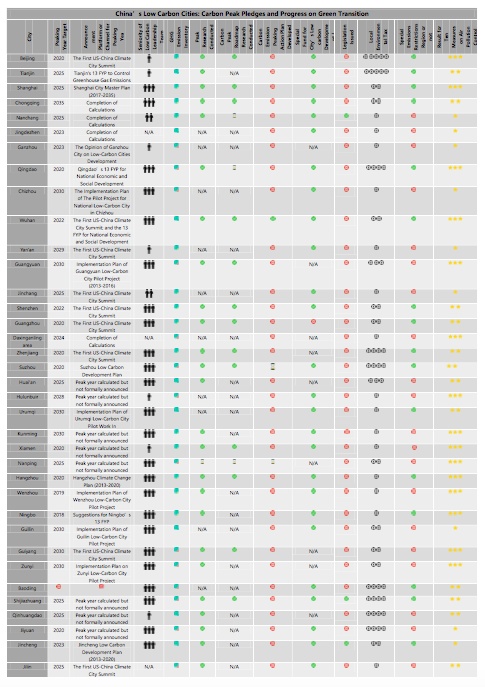 This background report details the low carbon policy efforts of the city of Wuhan. 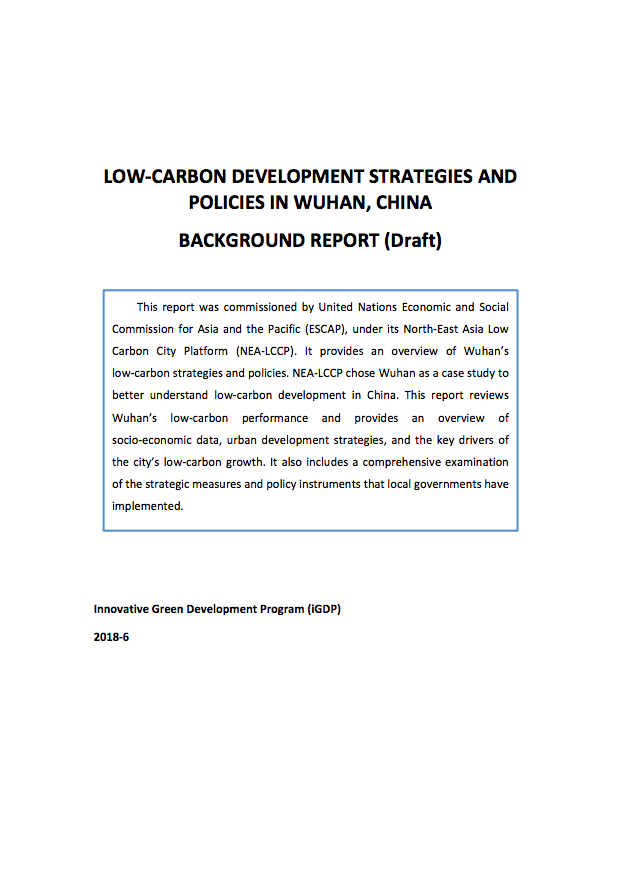 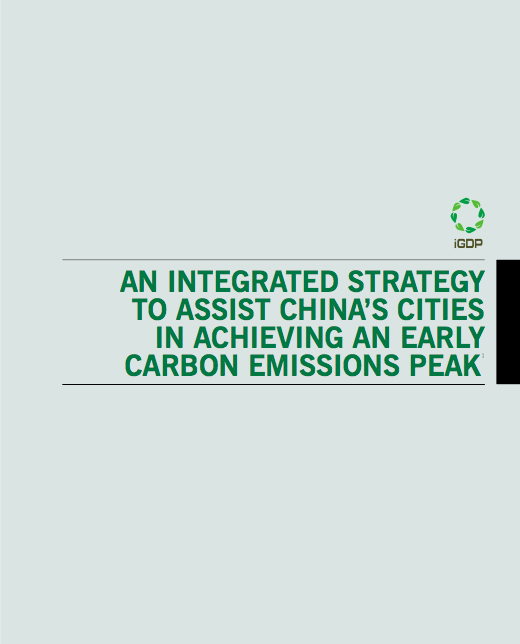 Recommedations on Principles and Objective-Setting for Low-Carbon Pilots

This paper offers a set of recommendations to China’s policymakers on how to think about and set objectives in low-carbon pilots. 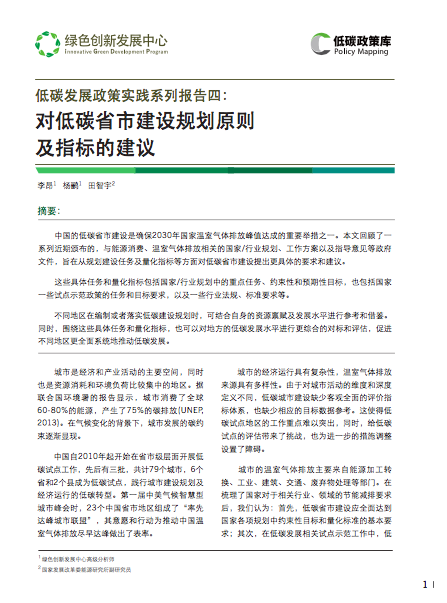 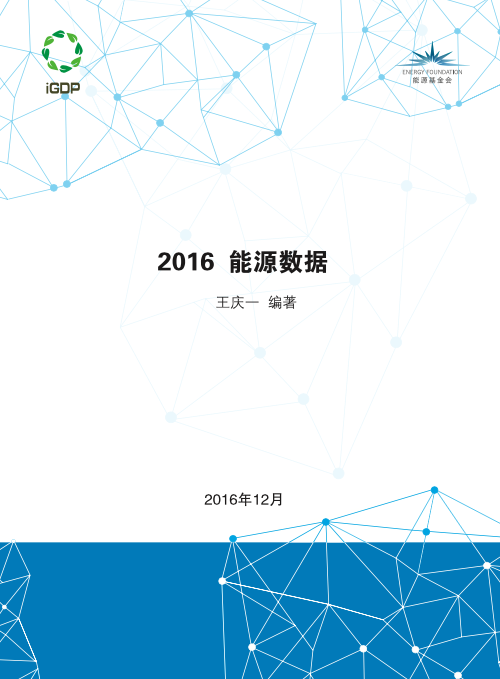 This factsheet provides key information about China’s Alliance of Peaking Pioneer Cities – a collection of cities that is striving to achieve peak carbon emissions earlier than the national target year. 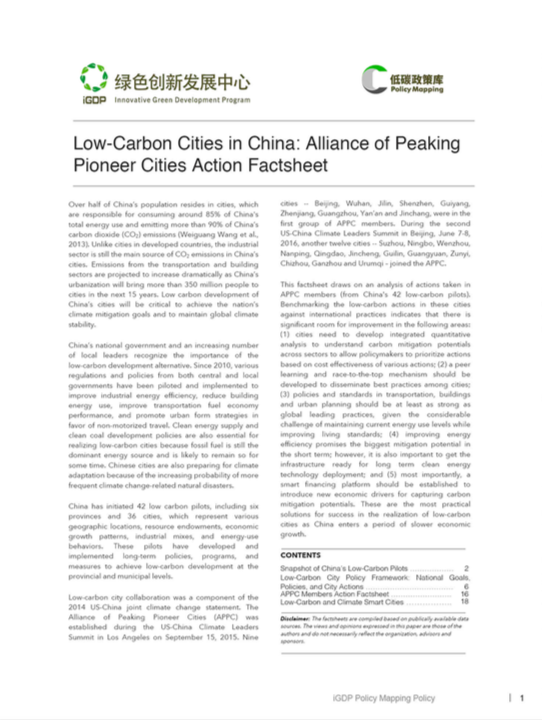 This factsheet provides an analytical review of the actions taken in 10 of the 42 pilots in China’s first batch of low low carbon pilots. 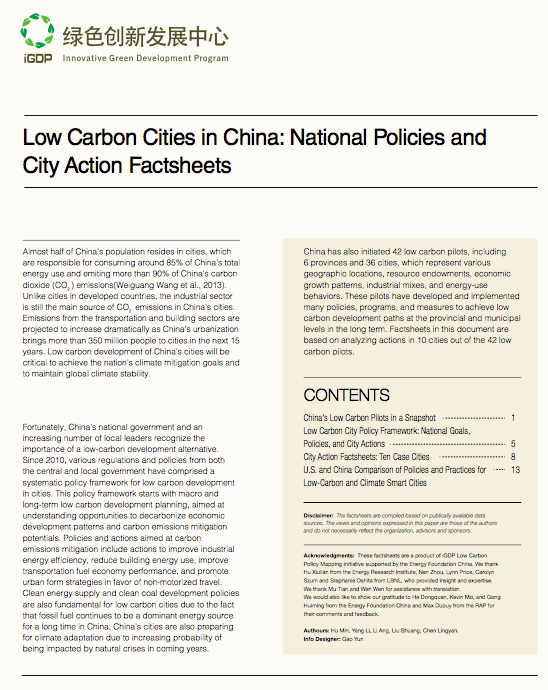